It’s been a busy few months across the mobile tech industry. New device launches, operating system updates and exciting features are revealed across all the major mobile manufacturers. As we gear up towards the end of the year, the breaking news announcements usually begin to dwindle as people prepare for the upcoming holiday season.

Here are the top 5 stories that have caught our attention this month:

Much of September was dominated by Google’s latest announcement. The Pixel 6, Google’s first phone to house it’s own custom SoC (Tensor chipset), showcased not just a new look, but a roll out of new specs and features.

Stealing the show on the features front, was the phone’s ability to help you connect to customer service lines, and let the phone stay on hold for you. The new phone app, currently in the US only, can not only anticipate the hold time, it can display the list of options that you need to select on the screen as text and Direct My Call will make calling them that much easier.

This isn’t an entirely new concept, back in 2018 Sundar Pichai announced a Google AI assistant that would have the ability to make calls for you. This feature was never rolled out, but it’s clear that some of that technology has clearly been used for Google’s latest release.

Over the years we’ve seen AI creep into our devices whether it’s through voice assistants, photography or facial recognition. With Google now jumping on the bandwagon of using their own chip following in the footsteps of Apple and Samsung, it’s clear that hardware manufacturers are focusing efforts on powerful AI-focussed processors that will drive the age of AI.

With increased connectivity, data collection and a long list of digital interactions, AI has never been more important as businesses rely on the technology to manage complex relationships and provide new levels of service and personalisation. A new trend on the horizon for 2022 is a move to ethical artificial intelligence. Although we are actively seeing the benefits of AI technology now, it’s also facing risks and challenges, especially when it comes to data, security and privacy.

As we look ahead to how these changes will impact future innovations, it’s worth noting that recent news from Samsung has included a warning, as component shortages threaten to affect chip supply over the next few years. It will be interesting to see how this gap in the market is filled over the next few months and whether it will lead to changes in production, perhaps a shift to sustainable practices, or whether it will impact the availability of devices in 2022.

The metaverse is coming: Are you ready player one?

Setting aside the very mixed reviews Ernest Cline’s best selling novel and subsequent Steven Spielberg ‘Ready Player One’ movie received, the premise of real people living and working in a virtual world could be here sooner than we think.

Facebook made headlines in more ways than one last month. Amidst the controversies and whistle blowing, CEO Mark Zuckerburg also announced a notable investment, $10 billion, into AR, VR and related hardware as well as the development of a metaverse.

At the latest Facebook development conference, Connect 21, Zuckerburg laid out his plan for the metaverse, Horizon Home and announced a series of updates to their Oculus VR and Spark AR platforms, their attempt at enticing developers to build more applications and features for their upcoming virtual reality world.

It’s unlikely this new announcement will affect what we do in the near future, but we cannot ignore the significant investment Zuckerberg and his team have made, a clear statement that this is expected to be the next big step in technology.

“The metaverse will be a successor to the mobile internet. Our goal is to help the metaverse reach a billion people.” Mark Zuckerberg

This change could equal the shift that we saw when smartphones began to hold the capabilities of a PC, the metaverse will introduce a new way for people to interact with technology. Although Zuckerberg himself states that he doesn’t expect to hit his goal until the end of the decade, it’s worth keeping this on the radar.

The holidays are coming, is your app prepared for all it brings

After all the big hardware announcements and a number of OS rollouts across brands, here at Indiespring that usually means our Mobile Quality Assurance program is in high gear, as they continue to test our clients portfolio of products and ensure everything is in order.

As we head into the last few months of the year, now is the time to be looking ahead to your upcoming releases. You and your teams need to ensure you have enough time to test your digital products work, fix any bugs and have the right support available to ensure business continuity, before the Christmas code freeze.

For more information on our Mobile Assurance Program click here.

Throwback: Celebrating 20 years since the iPod was first revealed 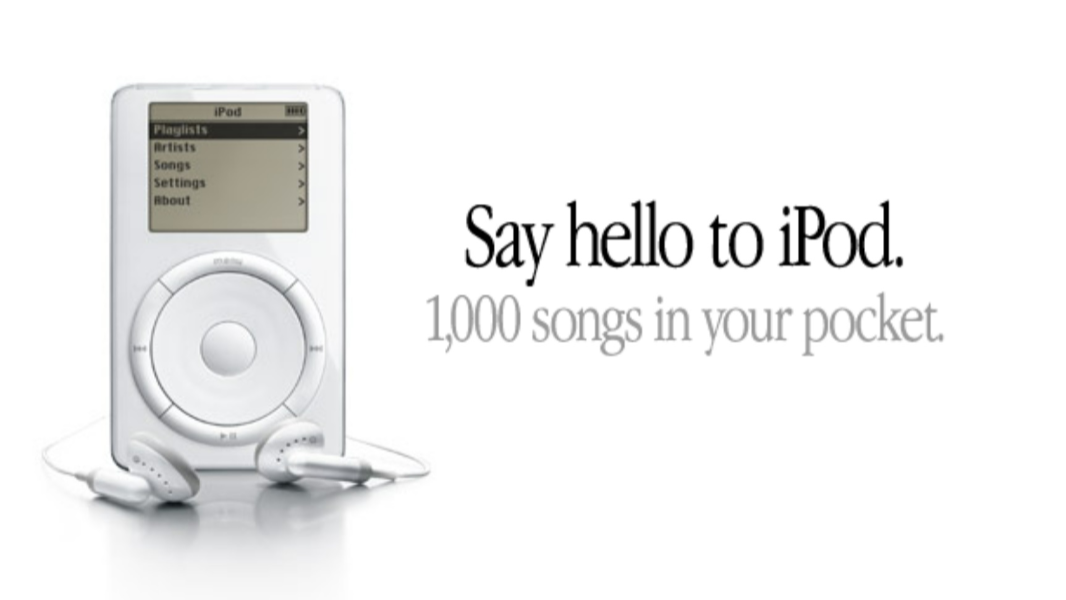 The end of October (October 23rd to be precise) marked two decades since the release of the very first Apple iPod. For those of us old enough to remember, the iPod was a portable media player that boasted being able to “hold 1000 songs in your pocket” and revolutionised the way we listened to music. It was the very first handheld consumer electronic device that Apple had made following Steve Jobs’ return to the company.

Tape and cd players had begun to fade in popularity, when mp3 players hit the scene and allowed people to not be constrained to listening to set albums or collections, and instead hold a random mix of songs all in one place with the ability to play them in any order. This accessibility to music changed the landscape of the industry and the relationship between listeners and musicians. The iPod was one of the success stories and new improvements and models were consequently released year after year.

But it’s reign would ultimately be short lived, as eventually the release of smartphones and its ability to also hold and play music would lead to the iPods demise.

Just as the iPod was around at a turning point for the industry, it’s clear that as technologies continue to evolve, we could be headed for the next advancement any day now. Thanks to AI, and forced virtual performances due to the pandemic, the digital music arena is becoming more personalised, immersive and like all technology, is constantly discovering new ways to seamlessly integrate music into our lives.

What is the average cost to develop a mobile app?

What is the average cost to develop a mobile app? It’s a question most CXO’s and project owners think… Read More

What is the average cost to develop a mobile app?

What is the average cost to develop a mobile app? It’s a question most CXO’s and project owners think… Read More