If you have a mobile application or are in the process of building one, your developers will no doubt be breathing a sigh of relief after yesterday’s Apple launch event.

As expected, the event was centred around iPhones, alongside the Apple Watch and Airpods that Apple very convincingly highlighted were essential extras as an iPhone user. They actually took ‘essential’ to the extreme, showcasing how both the watch and the phone could be crucial products in a life or death situation.

Amongst a flurry of app ads and testimonial letters sent to Tim Cook himself, they launched a ‘crash detection’ SOS feature and debuted an emergency satellite messaging service, enabling users to send messages even when cellular connection is unavailable. Alongside the safety measures, Apple also released a new watch, targeted at adventurers and elite athletes.

For app designers and developers, although there were no major UI or software updates, one point that is worth taking notice of is the launch of the ‘dynamic island.’ 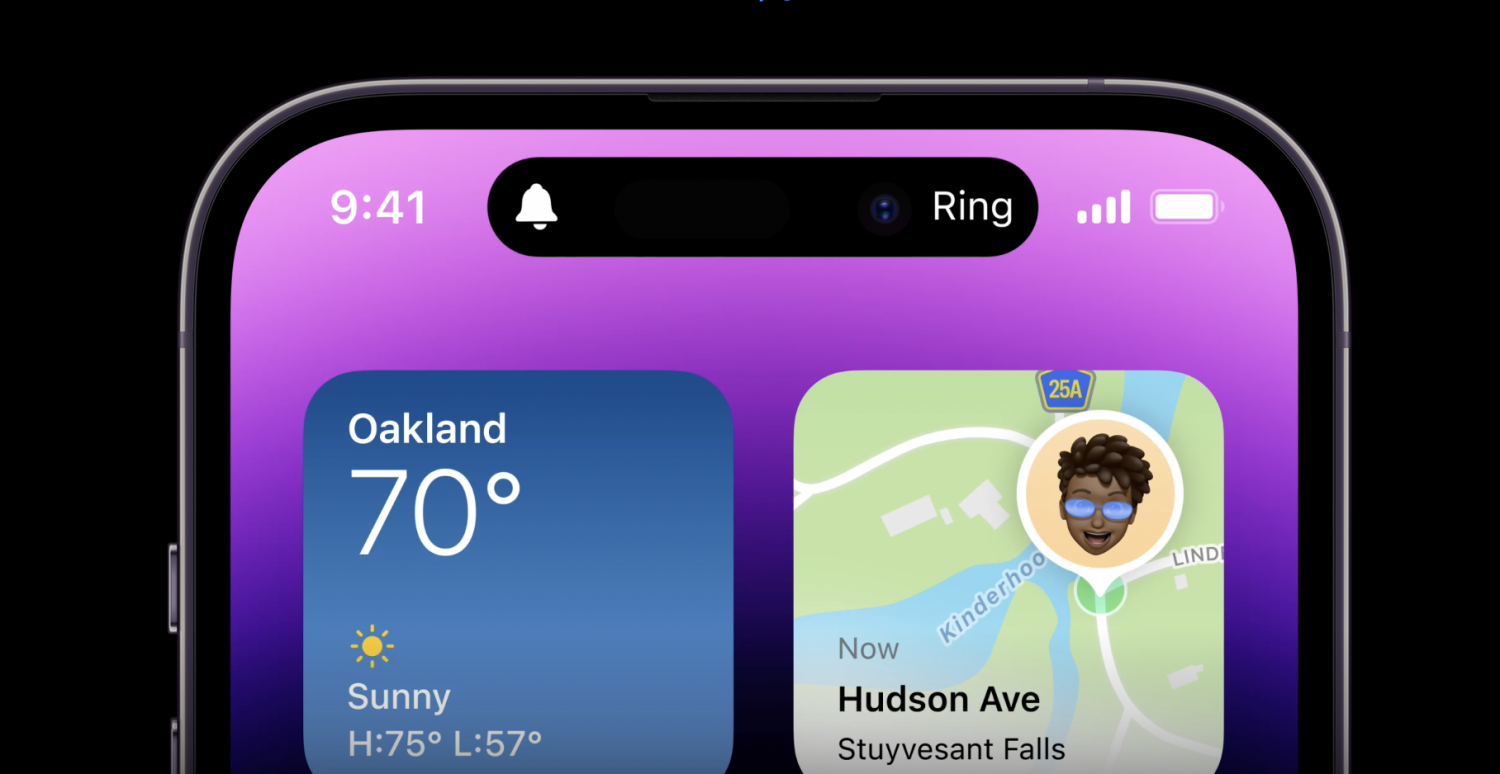 It’s a cheesy name, but by no means a cheesy feature. This sleek bit of UI has definitely caught the attention of fans and critics, reporters even noted there was audible laughter in the Steve Jobs theatre as the name was announced. Regardless of the endless jokes that seem to have been published in the last 24hours around it’s name, Apple have taken what has always been a bug that they never quite got round to fixing and instead of finding ways to make it smaller or disappear, have turned it into a brand new, some would even say exciting, feature.

Will this affect your mobile app?

When building an app, it’s important to keep the main content within defined “Safe Areas,” ensuring it’s not too close to borders or sneaking behind keyboards, notches or native features. With the new Dynamic Island release, it may be worth doing a QA check as when this new feature expands, it starts to encroach larger areas of the screen and could affect the user experience of your app. Thankfully it’s not permanently taking over the screen real estate, but nevertheless it’s always worth a quick check that any important buttons or messages aren’t impacted by this new change.

All in all, as we mentioned right at the start it looks like mobile apps can relax for the most part… only until the next release of course.

For a full review on everything that was released at the event, check out the latest content on Tech Crunch: Here’s everything Apple announced today at its ‘Far Out’ iPhone event

Not sure how your app is affected by OS updates? Our mobile assurance testing rig will save you the investment in products and hundreds of hours in time (oh yes, we did the math!) each time new features are announced.

Why not give us a call and let’s discuss how we can enable your application to not just survive the endless updates, but to continue to grow and succeed. Speak to one of our experts: +44 161 660 6756

It’s no secret that Apple is incredibly selective regarding the apps they allow on their App Store. By limiting… Read More

New Apple devices announced yesterday at their annual keynote are now set for release over the coming weeks. This… Read More

It’s no secret that Apple is incredibly selective regarding the apps they allow on their App Store. By limiting… Read More

New Apple devices announced yesterday at their annual keynote are now set for release over the coming weeks. This… Read More